Guardians of the Galaxy by Jim Valentino (Omnibus)

Thrill to the exploits of the 31st century's greatest super-team, the original Guardians of the Galaxy! Join Vance Astro, Yondu, Starhawk, Nikki, Charlie-27, Martinex and Aleta as they undertake a quest to find Captain America's long-lost shield - a mission that pits them against Iron Man's twisted legacy! They'll land on the World of Mutants and wind up in the middle of a violent rebellion against Wolverine's descendant, Rancor! Learn the secret origin of the once-and-future Guardians, and catch up with Firelord, Silver Surfer, Galactus, Ghost Rider and the 31st century's Punisher in the ultimate exploration of the future of the Marvel Universe, helmed by visionary talent Jim Valentino! Collecting GUARDIANS OF THE GALAXY (1990) #1-29 and ANNUAL #1-2; MARVEL SUPER-HEROES (1967) #18; and material from FANTASTIC FOUR ANNUAL #24, THOR ANNUAL #16 and SILVER SURFER ANNUAL #4. 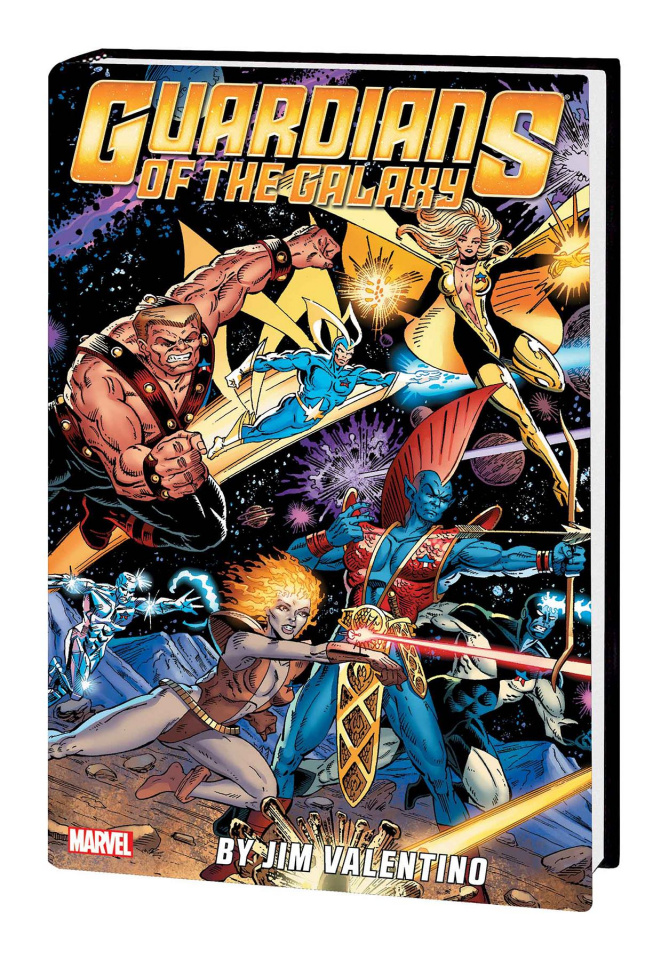