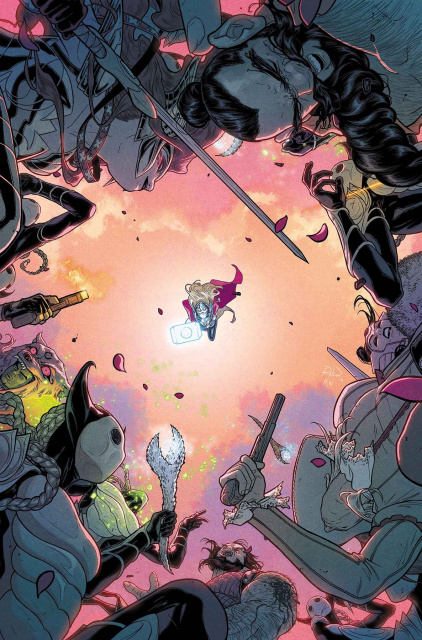 Kicking off a two-part story with guest artist STEVE EPTING!

The War of the Realms rages on. The only way to defeat Malekith is for the realms to join forces, and it's up to Thor to bring them together.

Heroes from across the ten realms - including Lady Sif and Angela - have united under Thor's command to form a new League of Realms with the sole mission of bringing this war to an end.