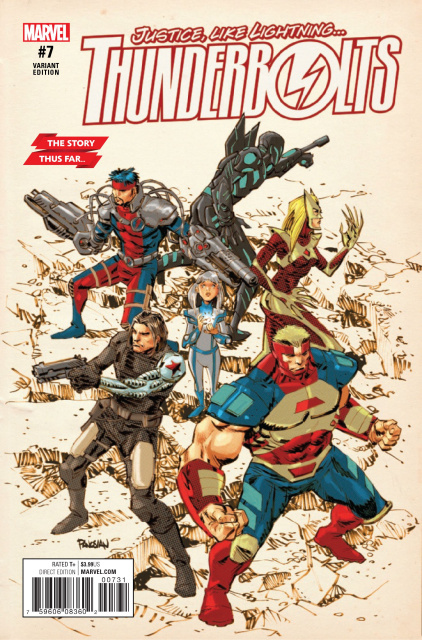 Operate in the shadows long enough, someone is going to shine a light on you. Bucky didn't think that person would be his best friend, Steve Rogers. Captured and separated from his team, Bucky is on his own. Where do his loyalties lie? Steve wants to know. Only Steve has secrets of his own. Plus, an original Thunderbolt returns! How will Songbird react to the reunion of her former team?