ODY-C, modeled after Homer's Odyssey, is a psychedelic, gender-broke science-fiction epic that tells the story of three legendary warrior-queens returning home after a centuries-long battle.

Told in verse with a visual sensibility that redefines the very possibilities of the comics medium, this gloriously oversized hardcover also has exclusive bonus materials including essays by classicist Dani Colman, teaching aids, and a massive 10-page fold-out previously only available in the sold-out first issue.

"Fraction and Ward are doing wildly imaginative work combining fantastic Greek mythology with futuristic science fiction, and the book has a visual sensibility unlike anything else on the stands." - A.V. Club 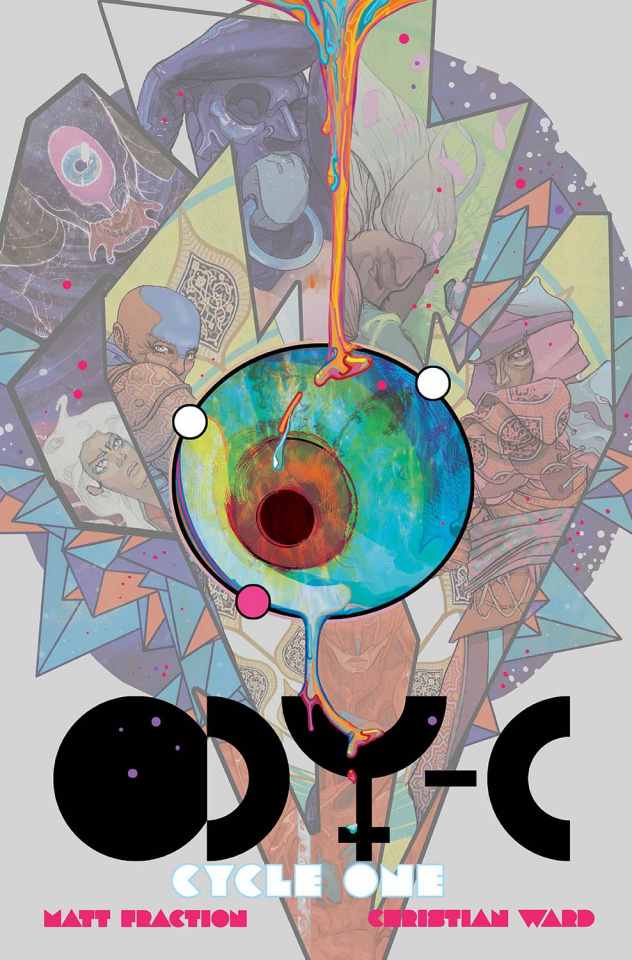