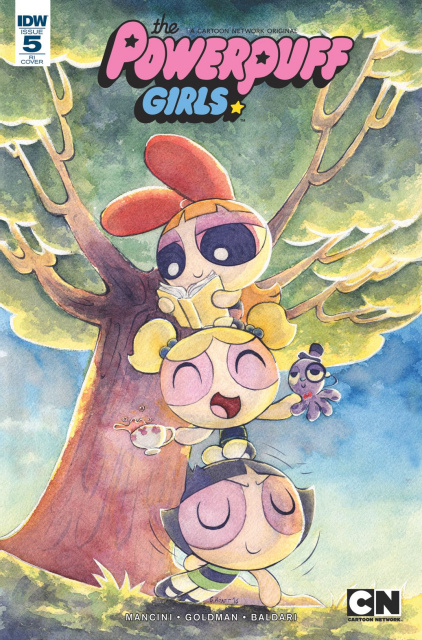 It's the ANNUAL SOAPBOX DERBY RACE and the GIRLS are itching to win it , but after seeing the other competitors, they worry their car isn't fast enough to compete. Enter mysterious former soapbox derby champion Dr. Gibbon Q. Monkeywrench, and his experimental "hasty" drive. This sounds too good to be true...AND IT IS! Townsville using centrifugal force.) Can the GIRLS stop him in time?

Comic series written by show writers Jake Goldman and Haley Mancini-Haley is also the voice of arch-villainess PRINCESS MOREBUCKS! Each issue ripped directly from the NEW world of The Powerpuff Girls.