The long awaited final volume of the critically acclaimed Tonoharu series rejoins Dan Wells several months into his tenure as an English teacher in the Japanese village of Tonoharu. As personal stresses push Dan to the breaking point, he decides to take an extended cross-country vacation to let off steam. His time away grants him a fresh perspective on his troubles, but upon his return to Tonoharu, Dan discovers that dramatic change has occurred in his absence. Will this upheaval render his new found epiphany moot? With hundreds of beautiful, detailed illustrations that evoke 19th century line engravings, Tonoharu provides a nuanced portrayal of the joys and frustrations of living abroad. 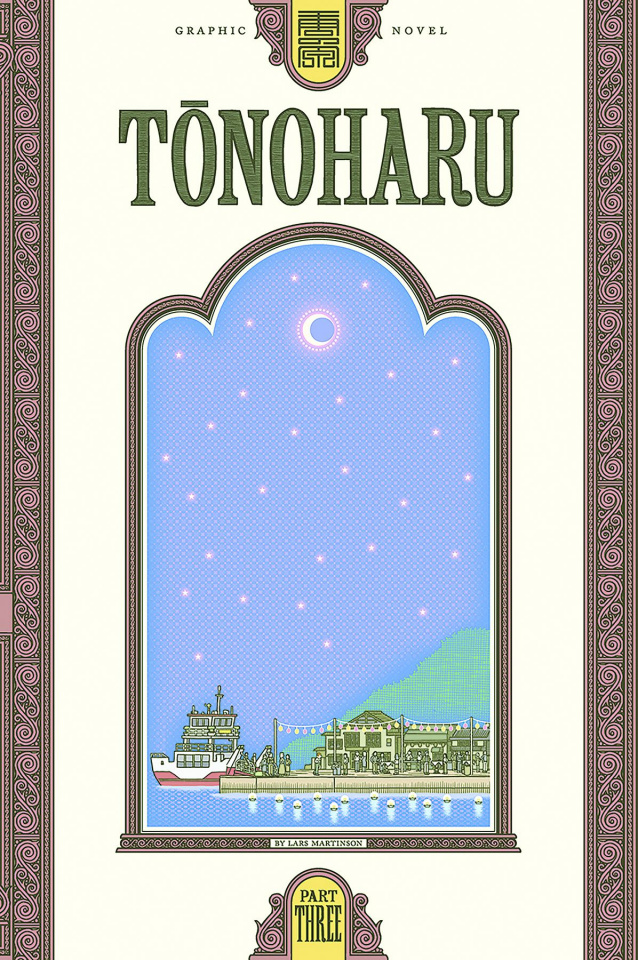