Stunning, hotheaded Asuka Langley Soryu has been friends with Shinji Ikari since they were little. And she always sort of assumed they'd stay together-until the day the beautiful, brilliant Rei Ayanami showed up in class! When Shinji starts to get curious about Rei, Asuka needs to figure out if she wants to be just friends with Shinji, or something more. But why are so many people keeping an eye on these relationships-people like homeroom teacher Misato, school nurse Ritsuko, and Shinji's mother-NERV's chief scientist, Yui Ikari... ?

- Since it first hit Japanese TV screens in 1995, the multimedia Neon Genesis Evangelion phenomenon has never faded. The most talked-about anime series of the 1990s, its legend only spread further in the last decade with the North American release of the Evangelion series on DVD and its subsequent airing on Adult Swim. Now Evangelion is in full-fledged revival, with a brand-new tetralogy of movies planned entitled Rebuild of Evangelion. The first film out, Evangelion: 1.0 You Are (Not) Alone, the top-selling anime DVD release of 2008 in Japan, moved 219,000 copies in just its premiere week! 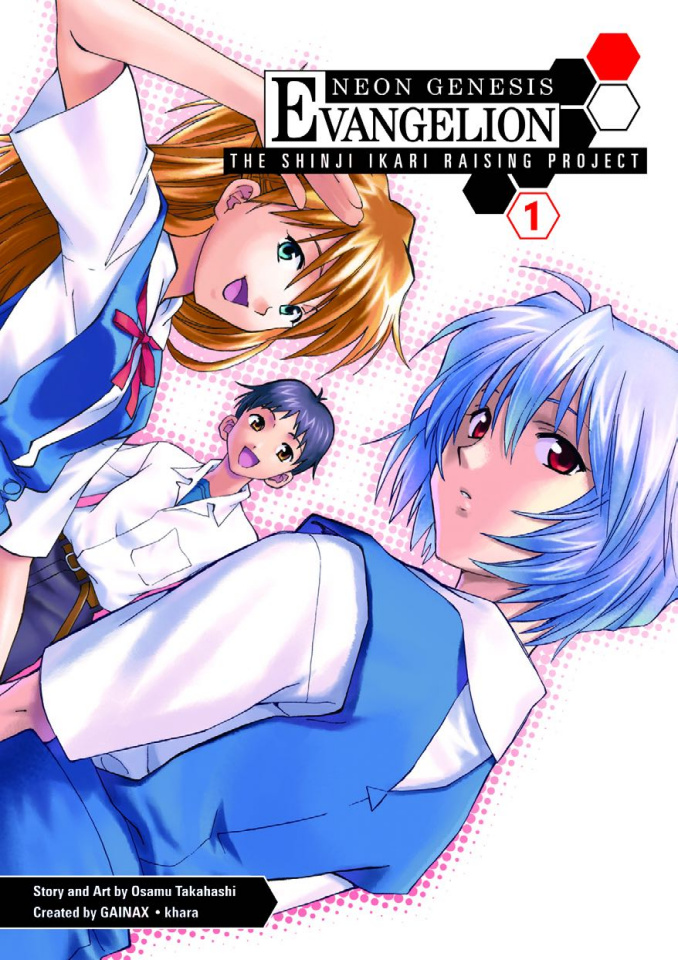