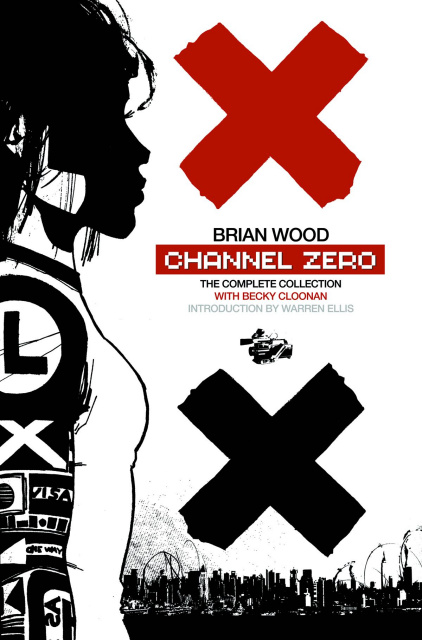 A blistering take on media control in a repressive future America! DMZ and The Massive creator Brian Wood launched an all-out assault on the comics medium in 1997 with Channel Zero, an influential, forward-thinking series that combined art, politics, and graphic design in a unique way. Touching on themes of freedom of expression, hacking, cutting-edge media manipulation, and police surveillance, it remains as relevant today as it did back then.

The Channel Zero collection contains the original series, the prequel graphic novel Jennie One (illustrated by Becky Cloonan), the best of the two Public Domain design books, and almost fifteen years of extras, rarities, short stories, and unused art. Also featuring the now-classic Warren Ellis introduction and an all-new cover by Wood, this is the must-have edition. See where it all began!