Vampirella Vol. 2: God Save the Queen

Nancy A. Collins, the bestselling author of Sunglasses After Dark, Vamps, and Swamp Thing, redefines the horror heroine Vampirella for a new generation of horror comic fans!

When Vampirella assumes her new role as Queen of the Nosferatu, she inherits a membership into The Kabal, a clandestine organization of witches, werewolves, vampires, and other supernatural creatures. Sworn to protect the status quo of their shadow world, The Kabal hunts down and neutralizes renegade monsters and fanatical cultists before they can trigger the Apocalypse. As a strange rabies-like plague spreads through the slums of Sao Paolo, infecting its victims with homicidal fury, Vampirella races off in pursuit of Dr. Faustus, the creator of the disease. But the mad scientist is only one part in a global plot of destruction, and his fellow conspirators are perhaps too long-lived and powerful to defeat! This volume collects issues 7-13 of the hit series and features a complete cover gallery, and an original script by Nancy A. Collins! 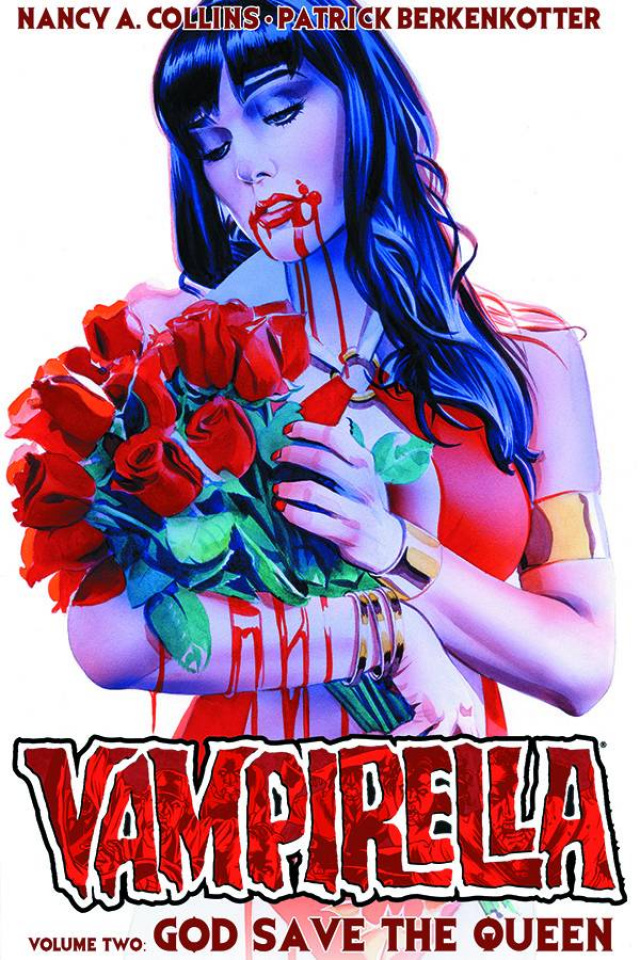