What's to Love: The mixed-media look of The Amazing World of Gumball lends itself perfectly to comics, but now, we get to tell a full-length story, much like what it'd be like if you were watching a super-sized episode of the animated series!

What It Is: It's a beautiful day for a Renaissance Faire, and the Watterson family is having a blast taking in ye olde fun and games...until a magician's illusion turns into a real spell, and all of Elmore is cast into a fairy-tale world of quests, danger, and magical adventures! Can Wizard Darwin, Knight Anais, and Jester Gumball save Richard from his everlasting, turkey-leg-induced sleep, or will the citizens of Elmore remain trapped in the Middle Ages forever? 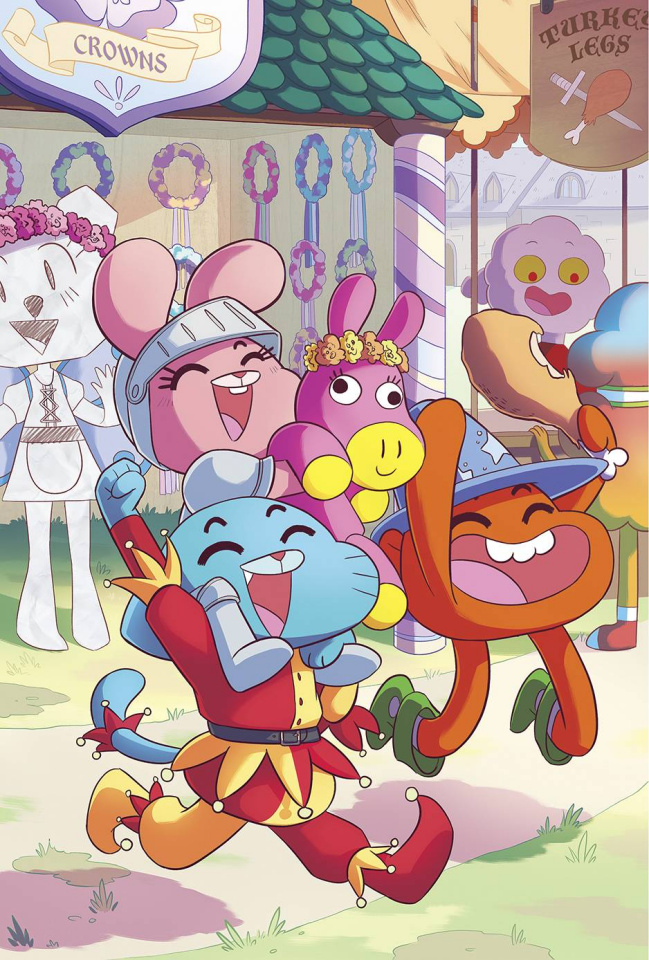