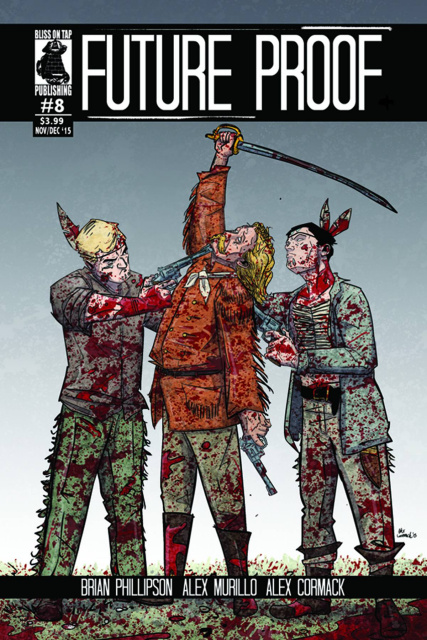 One of the most epic battles of the American West becomes Future Proof, as this one-way time-traveling adventure crashes Sitting Bull's War Party. Agents James and Simon ensure that the Battle of Little Big Horn really is General Custer's last stand. Meanwhile, in 1969 Los Angeles, while the Umbrella Man makes his slow march into the future, he meets a new recruit that will reverberate throughout history.