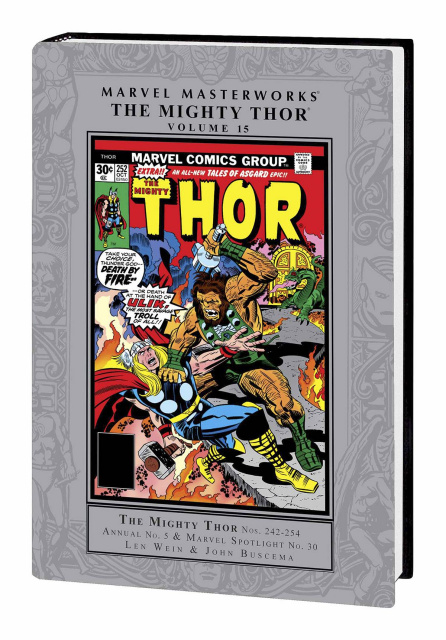 Writer Len Wein lifts Mjolnir aloft and rallies forth the armies of Asgard! When the Time-Twisters seek to destroy Earth, Thor embarks on an adventure with Zarrko the Tomorrow Man. It's a battle through time (with dinosaurs!) that will impress you to the end! Then, Thor fights the Firelord in the jungles of Latin America - and only Jane Foster can save him! The Warriors Three ramble off on a solo adventure, while Thor returns to Asgard to face the one and only Mangog! Their battle will rage across the Fabled Realm, taking Thor to Hel in a quest to save Odin! Plus: the return of "Tales of Asgard," Thor vs. Ulik the Troll and a giant-sized epic featuring Hercules! Collecting THOR (1966) #242-254 and ANNUAL #5, MARVEL SPOTLIGHT (1971) #30, and material from MARVEL TREASURY EDITION #10.