Sakamoto and Himiko have thus far succeeded in hanging on to their lives on the mysterious island battlefield, using their BIMs to compete in the murderous gameplay of live-action BTOOOM! The two find themselves pitted in a life-or-death struggle with Date, a victor from an earlier round, who has all sorts of knowledge about the game unfolding around them. After being cornered by Date, they escape his clutches and rush to the side of their third ally, Kiyoshi Taira, only to find that his state of terror and his horrific wounds have caused him to lose his mind! As the first half of this brutal game winds down, the action picks up, rollicking to the speeding climax! 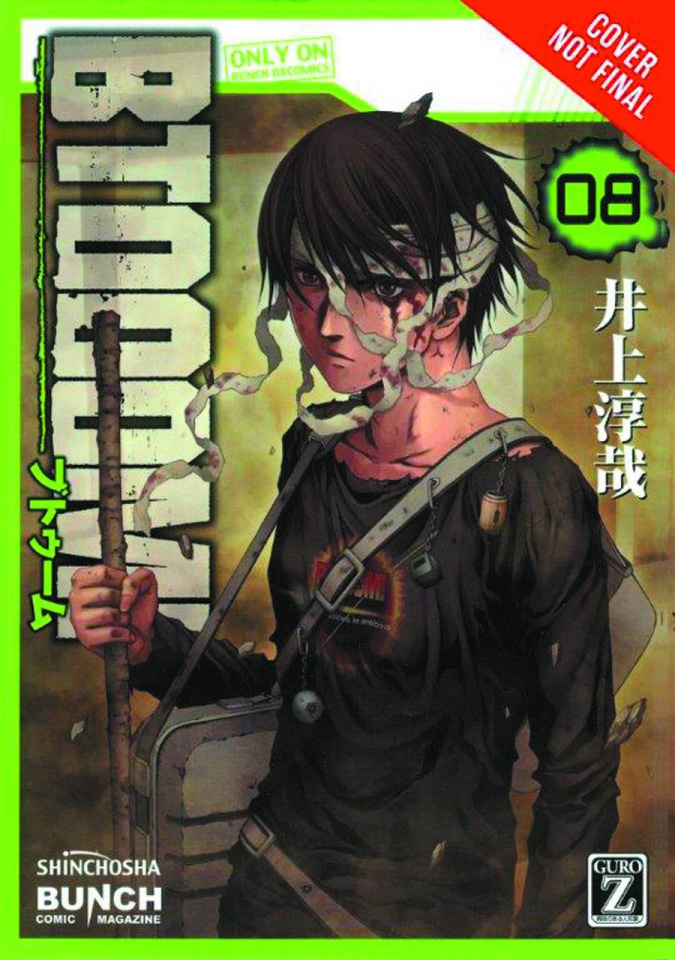