Doctor Who: New Adventures with the Tenth Doctor Vol. 1: Revolutions of Terror

The Doctor thought he was done with new companions after Donna's tragic exit - but that was before he met Gabriella "Gabby" Gonzalez during an incursion of psychic parasites in Brooklyn, New York! Now she's traveling the cosmos as the Doctor's latest companion - and life couldn't be more exciting! Battling invisible creatures on the Day of the Dead, uncovering a galactic conspiracy in the universe's most famous art gallery - the only downside is the constant threat of death! Collects Doctor Who: The Tenth Doctor #1-5. 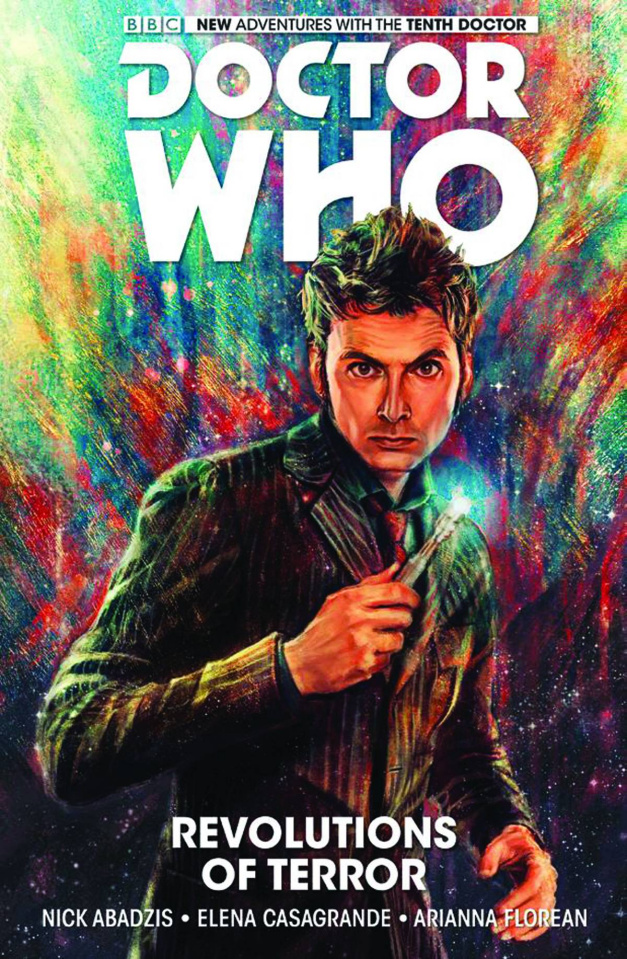