Haganai: I Don't Have Many Friends - Club Minutes

The plot thickens in this hilarious one-shot spin-off of New York Times-bestseller Haganai: I Don't Have Many Friends! Hasegawa Kodaka is pathetically inept at making friends. When he comes across the brash loner Mikazuki Yozora, who typically chats with her imaginary friend, the two outsiders become the unlikeliest of allies. The two rejects decide to form a group called "The Neighbor's Club" in order to make friends. As luck would have it, five new members join the club who are more socially awkward than they are. Club Minutes is a collection of hilarious short stories that each focus on a different cast member! 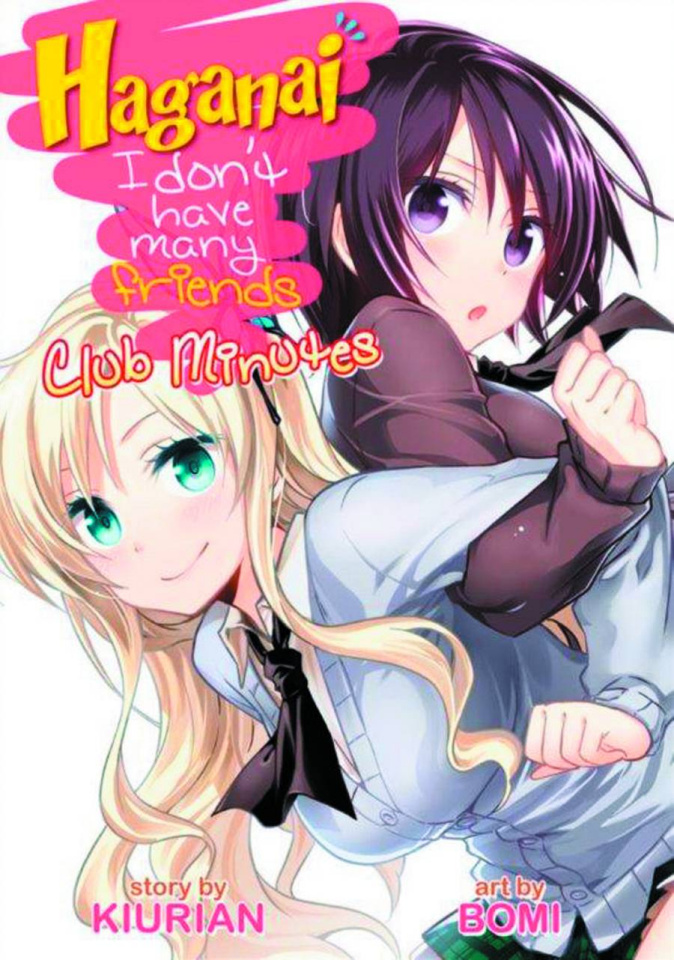