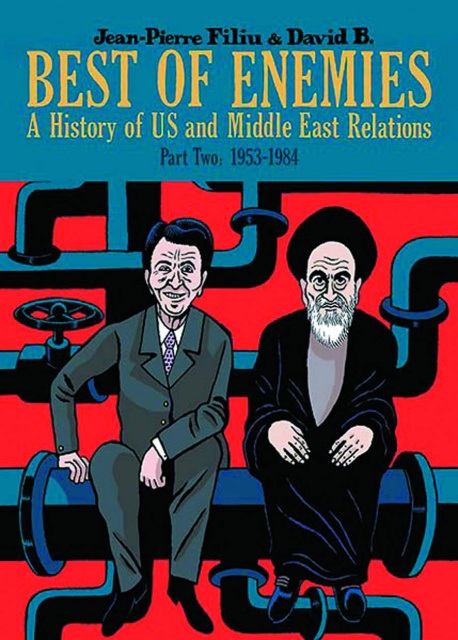 The second volume of Jean-Pierre Filiu and David B.'s graphic novel history of US-Middle East relations begins in the 1950s with the Eisenhower Doctrine and ends with the Lebanese War of 1982. A perceptive and authoritative account of this turbulent historical period, Best of Enemies provides an overview of the Six-Day War between Israel and the neighboring states of Egypt, Jordan, and Syria; the Iranian Revolution of 1979; the Soviet invasion of Afghanistan; and other Middle Eastern conflicts involving the United States.