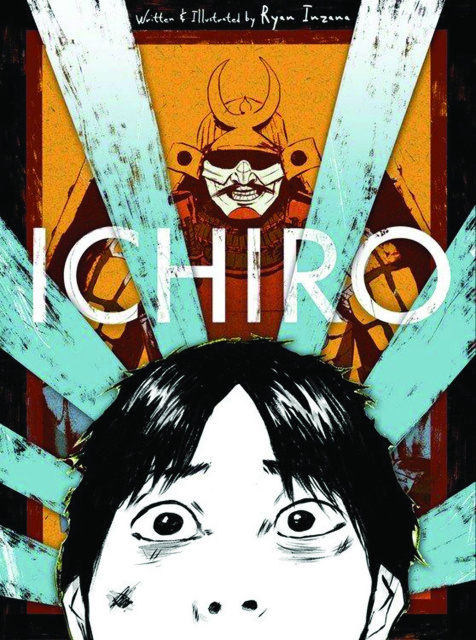 This striking, full-color graphic novel follows Ichiro as he moves from New York to Japan where a shapeshifting tanuki brings him on a fantastic adventure into the mythological world of Japanese gods. Ichiro lives in New York City with his Japanese mother. His father, an American soldier, was killed in Iraq. Now, Ichi's mom has decided they should move back to Japan to live with Ichi's grandfather. Grandfather becomes Ichi's tour guide, taking him to temples as well as the Hiroshima Peace Park, where Ichi starts to question the nature of war. After a supernatural encounter with the gods and creatures of Japanese mythology, Ichi must face his fears if he is to get back home. In doing so, he learns about the nature of man, of gods, and of war. He also learns there are no easy answers - for gods or men.