Available with an introductory price of $19.08, to celebrate the year in which John Carter first appeared! Spectacular artist Roberto Castro celebrates the launch of the all-new John Carter: Warlord of Mars series with this super-rare variant edition, showcasing his wraparound depiction of the Red Planet. In this issue, John Carter must save his adopted world, not to mention his beloved Dejah Thoris, from an enemy like no other he has ever faced - a savage adversary every bit his equal in combat, strategy, and strength! 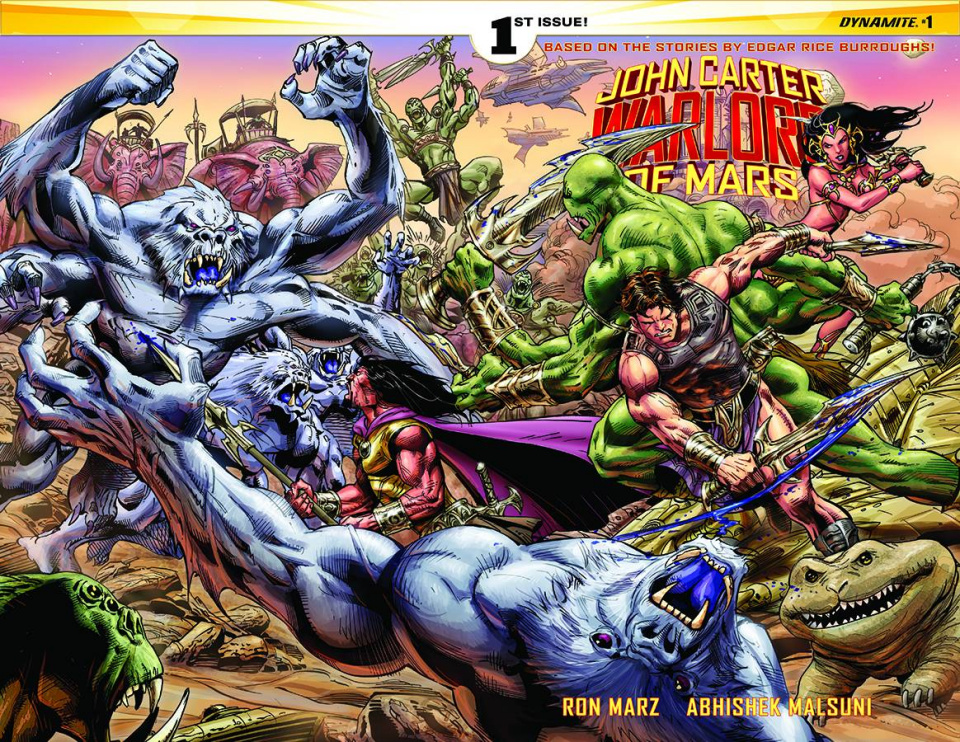