John Carter: Warlord of Mars returns in a new monthly series, officially authorized by Edgar Rice Burroughs, Inc.! Superstar writer Ron Marz finally gets to pen the series he has always wanted to write, with amazing new art talent Abhishek Malsuni joining him. Return to the exotic landscape of Barsoom, as John Carter has to save his adopted world, not to mention his beloved Dejah Thoris, from an enemy like no other he has ever faced. John Carter must truly become Warlord of Mars against an adversary who is every bit his equal on the savage red planet. An amazing new era for John Carter of Mars starts here! 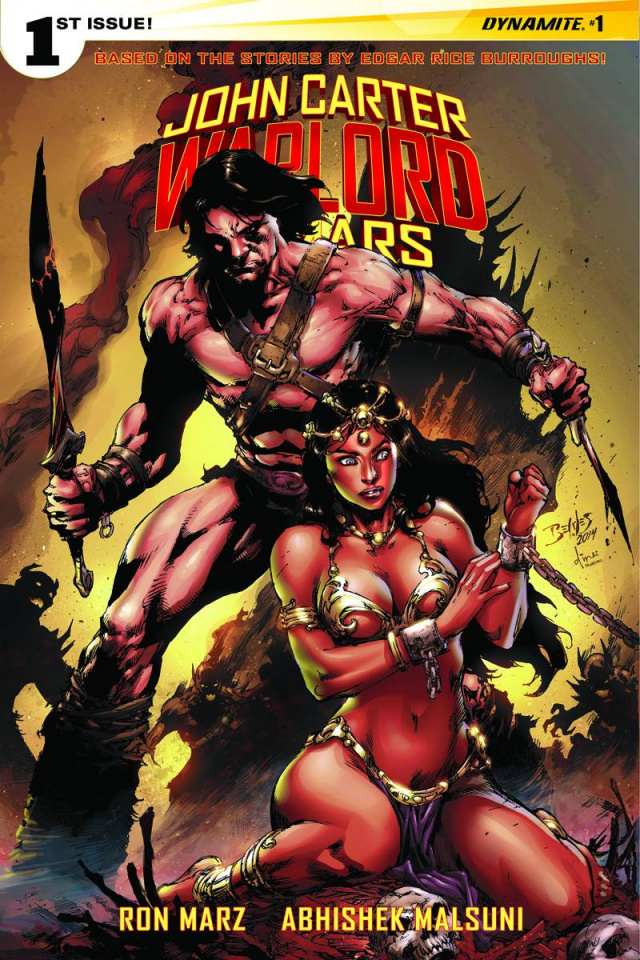