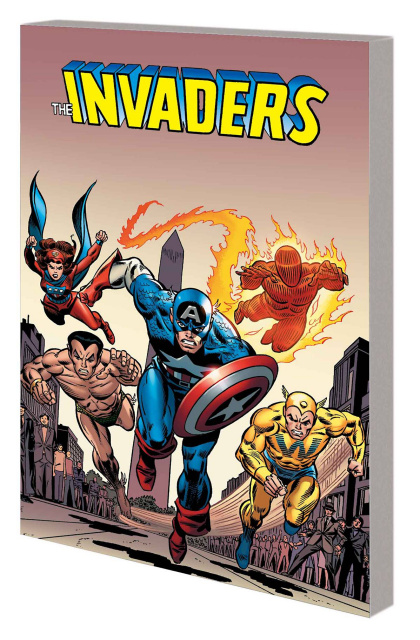 Published in the 1970s, set in the 1940s, INVADERS was Marvel's best and brightest retro revival of the Golden Age heroes of World War II - and now, the series is collected across two massive volumes! Captain America, the Human Torch and the Sub-Mariner - plus scrappy sidekicks Bucky and Toro - first banded together when the United States entered WWII! Now, relive the heroes' untold tales as they face the evil Axis powers - and battle Scarlet Scarab, Master Man, Iron Cross, Super-Axis and more! But how will the Invaders react when Cap and Bucky die?! Plus: the formation of the Kid Commandoes and the villainous history of the X-Men's Dr. Nemesis! Guest-starring Nick Fury, dozens of GA heroes - and believe it or not, the mighty Thor! Collecting INVADERS (1975) #23-41, INVADERS (1993) #1-4, GIANT-SIZE INVADERS #2 and WHAT IF? (1977) #4.