The Man Without Fear comes face-to-face with the terrifying Legion of Monsters - but werewolves and zombies are not the true horrors in Daredevil's world. Not when cancer can strike his best friend. Not when racists, hidden in plain sight, spread their vile message of ignorance and malice. And not when costumed maniacs like the Jester are willing to sell their souls for material gain. The supremacist Sons of the Serpent have infiltrated New York's criminal justice system. They've doused the city in the fuel of hatred, and now the Jester is poised to strike the match. Daredevil may be about to leave New York for a new life, but there's no way he'll let it burn. Matt Murdock's world is turned upside down as the first phase of Mark Waid's critically revered run races to a climax. Collecting DAREDEVIL (2011) #31-36. 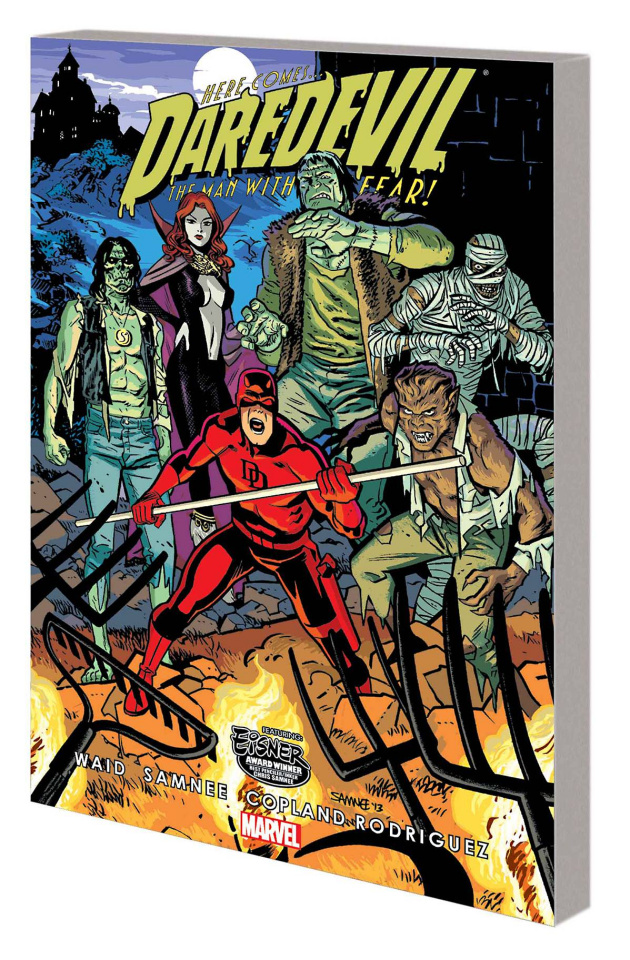