The smash hit of SDCC 2014 is being made available to your store! The deluxe limited Treasury Edition by the World's greatest cartoonists with all-new art, characters and stories is being made available in limited quantities to comic book specialty stores. Editors BRUCE TIMM and ERIK LARSEN pulled out all the stops in assembling this all-star cast of creators and characters! This over-sized treasury features the first appearance by a host of new characters (plus an appearance by an old favorite). It's an opportunity to get your grubby mitts on the first appearances of dozens of new characters! It's like Action Comics #1, Detective Comics #27, Amazing Fantasy #15 and the Fantastic Four #1 all rolled into one! The biggest comic book event in the last 20 years! The greatest treasury edition in the history of mankind! Comes with our highest possible recommendation! 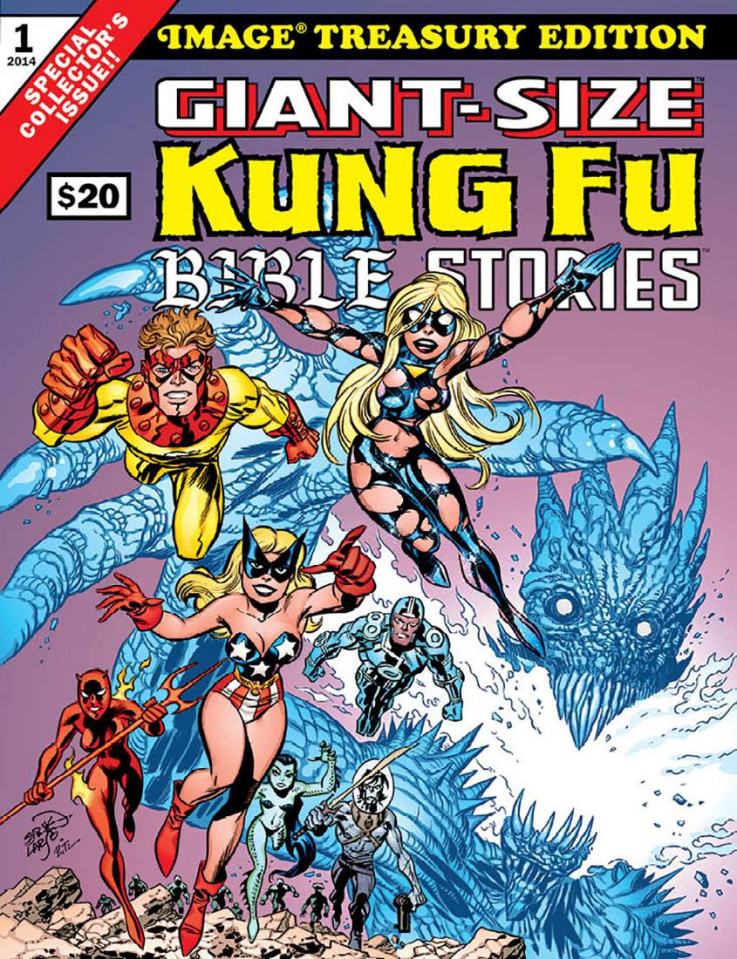