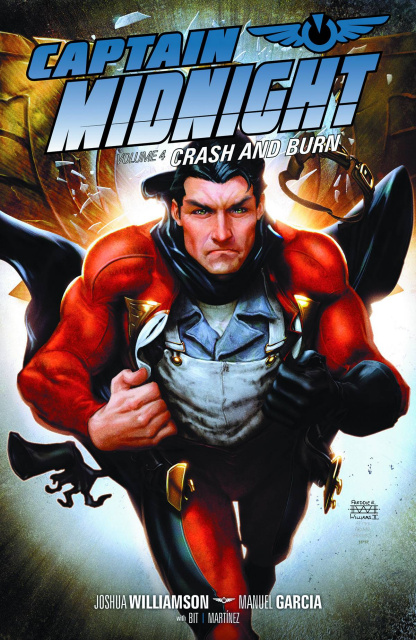 Reeling from the death of one friend and the betrayal of another, Captain Midnight ponders what the world needs more: the brawn of a superhero or the brains of his civilian identity, genius inventor Jim Albright. But the madman responsible for the assassination of Arcadia's police chief, Tempus, has escaped prison! Addicted to technology, Tempus wants Captain Midnight's inventions... and he'll happily kill to get them! Captain Midnight Volume 4 collects issues #12--#15 of the ongoing superhero epic!

"The more I read of this series, the more I want." -Comic Vine