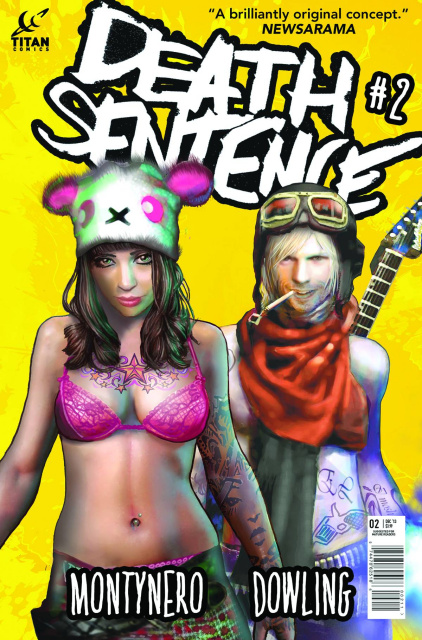 Given incredible superpowers - and six months to live - by the sexually-transmitted G+ Virus, three Londoners kick back against the spectre of death with everything they've got. Washed-up indie guitarist Weasel tries to make amends for a life that's totally f*****d - but changing the direction of a lifetime can be murder! Comedian and media personality Monty tests the limits of his new powers of persuasion, with horrifying results ... and, after her explosive activation, Verity is on the run from the government - but can her nascent abilities keep her one step ahead of a crack team of GCHQ operatives? Don't miss the chance to get on board this critical smash-hit right now - it's the future of superpowered storytelling!