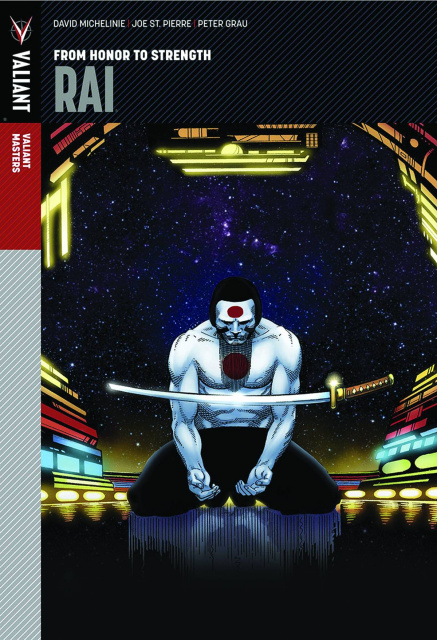 4001 A.D.-Tohru Nakadai is the 42nd Rai, the spirit guardian of Japan. Infused with the energy of his ancestors and dedicated to the way of the samurai, Rai is sworn to the service of Grandmother - the personified artificial intelligence that governs the island nation of Japan. For forty generations Grandmother's benevolent dominion has endured, but in the wake of her sudden disappearance, Rai will become all that stands between his nation and all-out chaos. As humanist factions war with mechanist loyalists for control of the future, the master-less Tohru is about to become the first Rai that must choose for himself how best to defend his people, his family, and his honor. Collecting RAI (1992) #1-8 in a deluxe hardcover format for the first time anywhere, revisit the future of the original Valiant Universe with Rai's critically acclaimed, highly sought-after adventures from legendary creators David Michelinie (Amazing Spider-Man, Iron Man), Joe St. Pierre (Spider-Man 2099) and Peter Grau (Titans)!