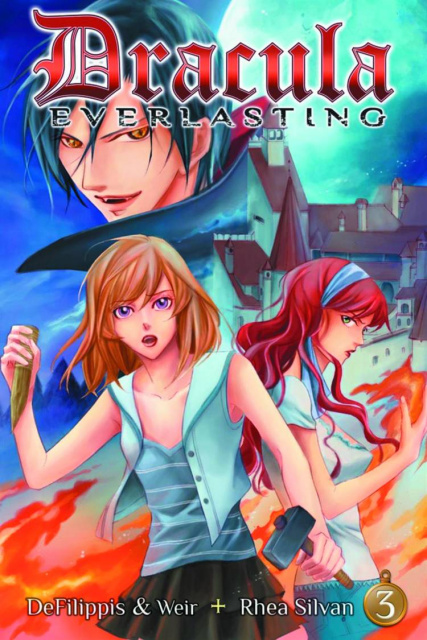 The stunning conclusion to a manga trilogy that reinvents the Dracula mythos. Nicholas Harker discovered he is heir to the legacy of an ancestor he never knew he had: Dracula. Under his progenitor's evil influence, Nichalas has begun to rebuild Castle Dracula in the outskirts of Boston, leaving behind a wake of corpses. While the love of Jill Hawthorne seems to be the only thing that weakens Dracula's hold over Nicholas, Mason Renfield realizes he must remove her from the picture, in order to usher in the full reemergence of his dark lord. But Jill's new friend, the fiery wiccan Cate, has plans of her own - to destroy Nicholas and avenge her mother's death.