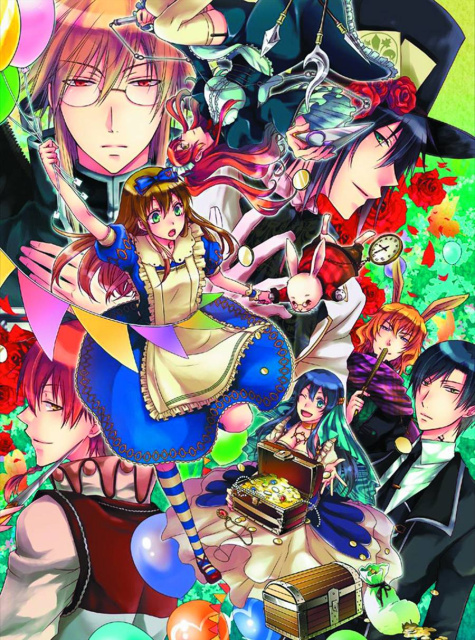 Alice Love Fables: Toy Box is an all-new follow-up to QuinRose's bestselling Alice series, and contains a collection of romance-laced short stories starring characters who appear in Alice in the Country of Clover, as well as other fan-favorite characters who appear in popular Quinrose games. Tales of love abound in Wonderland, especially where Alice is concerned. Whether it's the March Hare, the Clockmaker, Gray Ringmarc, or Blood Dupre, Alice has many admirers and she just can't make up her mind who she likes best. This anthology chronicles the many loves of Alice Liddell, and also features a story about the love between a prince and a maid in Crimson Empire, and the love between an assassin and a princess in Arabians Lost.