One of comic art's most respected and pioneering artists, well known for his opera adaptations and beautiful fantasy work, P. Craig Russell is in the process of adapting Oscar Wilde's famous fairy tales in a series of landmark volumes. In "The Remarkable Rocket," a vain little rocket figures itself above all others and still manages to see glory in its dismal end. "The Young King," taken from humble origins, revels in the finer possession of his new lofty position. However, a series of dreams reveal to him the suffering his people must go through to make them for him. Casting them off, he finds paradoxically that he may be alienating the very people he wants to help. Available in Hardcover and Softcover editions. 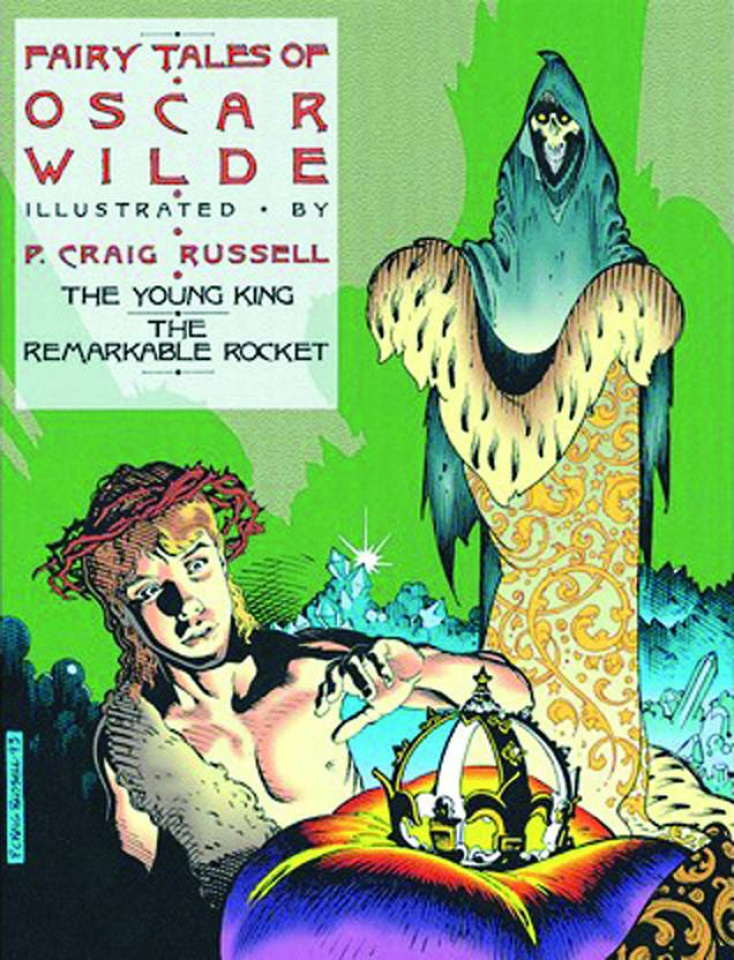