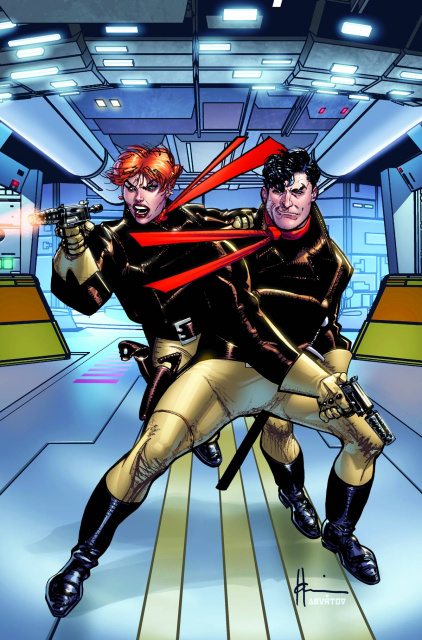 Buck Rogers in the 25th Century #4

The adventure that started in Howard Chaykin's ground-breaking tale of the new Buck Rogers comes to its exciting conclusion! Buck Rogers, former World War I ace is accidentally suspended in time only to awaken to a new and different earth, 500 years in the future, fragmented by war and ruled by an omnipotent force- the Chinese. Now, Buck along with Colonel Wilma Deering, begin a new fight, to free the United States! You're in for the ride of your life with this wrap-up of Chaykin's story arc! Some of the cast won't make it, but you'll have to read the book to find out the thrill packed, surprising conclusion to this classic in the making!