City of Light, City of Dark

Avi's groundbreaking graphic novel gets a stunning new cover to celebrate its twentieth anniversary! Two kids fight to save their city from eternal winter in this gripping fantasy by Newbery Medalist Avi, illustrated by three-time Sibert Honoree Brian Floca. "To begin with--there were these KURBS. These Kurbs owned an Island...with their POWER they controlled both day and night.... Years ago, when People first came to the Kurbs' Island, they wanted to build themselves a City." The Kurbs give people light and warmth to establish a city, on one condition: The people must return the Power every year or risk losing the city--forever. This system works for centuries until evil Mr. Underton tries to steal the Power. If he succeeds, the Kurbs will take back the City, reducing it to a dark and frozen tundra. It's up to Carlos and Sarah to find the Power--housed in a subway token--and keep the City safe, despite secrets of Sarah's history that are entwined with the token. What ensues is a race against darkness. A race against the lies of the past. And most of all, a race against time. 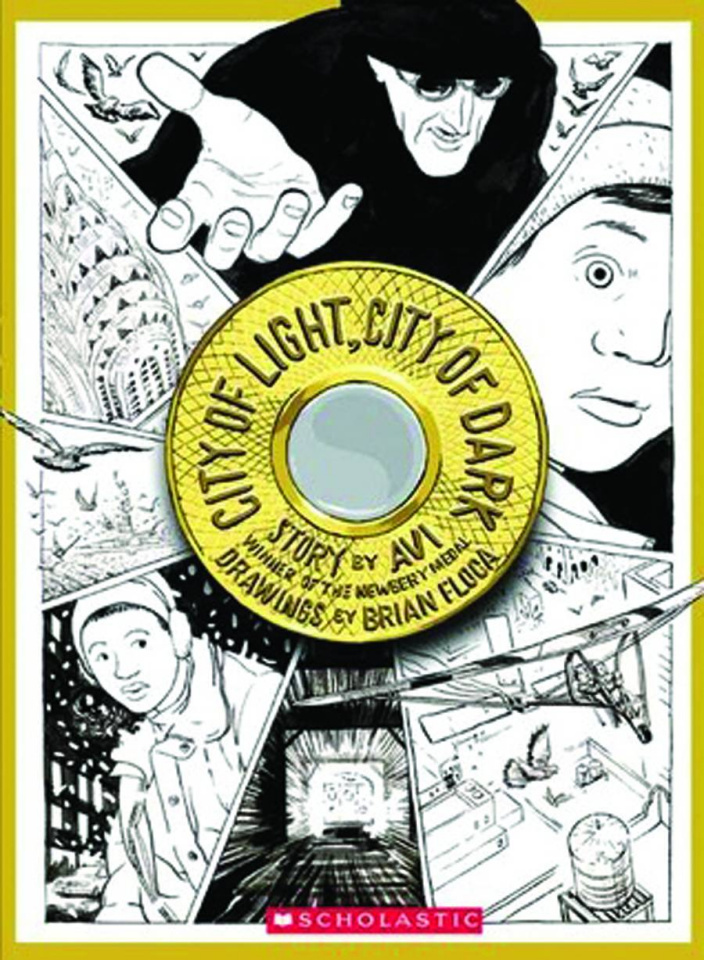