The original Battlestar Galactica returns in an all-new, star-spanning adventure, celebrating the 35th anniversary of its original sci-fi TV airing! Overwhelmed by a surprise Cylon assault, the crew of the Battlestar Galactica turns to forbidden temporal weapons as their desperate last resort. However, the experimental technology backfires, throwing two Viper pilots, Apollo and Starbuck, into an alternate reality where their beloved capital ship never existed. In a universe without the Galactica... the Cylons rule supreme! Can Apollo and Starbuck survive the brutality of the Cylon overlords and return home? 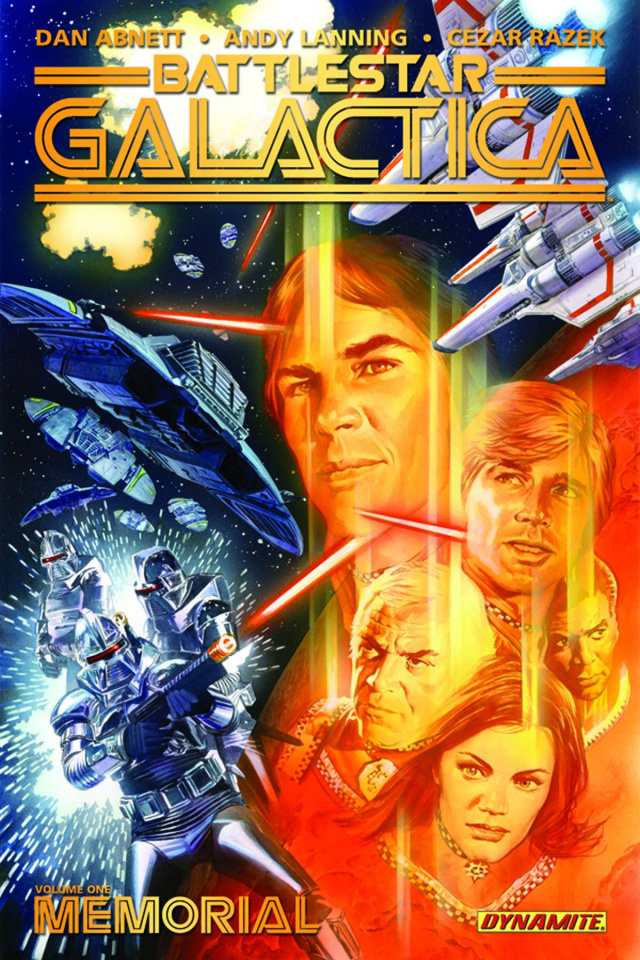