When the members of the villainous Corporation set their sights on the Green Goliath, they send the manipulative Moonstone to turn the Hulk's couch time with Doc Samson into a destructive rampage, imprison him on Alcatraz Island and manipulate ol' Greenskin into going toe-to-toe with Machine Man! Then, on the run from Gamma Base, the Hulk finds himself used as a gamma-irradiated battery by new foe Goldbug and old nemesis Tyrannus! Plus: The Hulk is enraged to learn Gamma Base has the remains of his departed love Jarella - and no one, not even the visiting Captain Mar-Vell, will stop him from giving her a proper burial. Guest-starring Captain America, the Falcon, Quasar, the Angel, Power Man and Iron Fist, and Alpha Flight's Sasquatch! Collecting INCREDIBLE HULK (1968) #226-248 and ANNUAL #7-9, and CAPTAIN AMERICA (1968) #230. 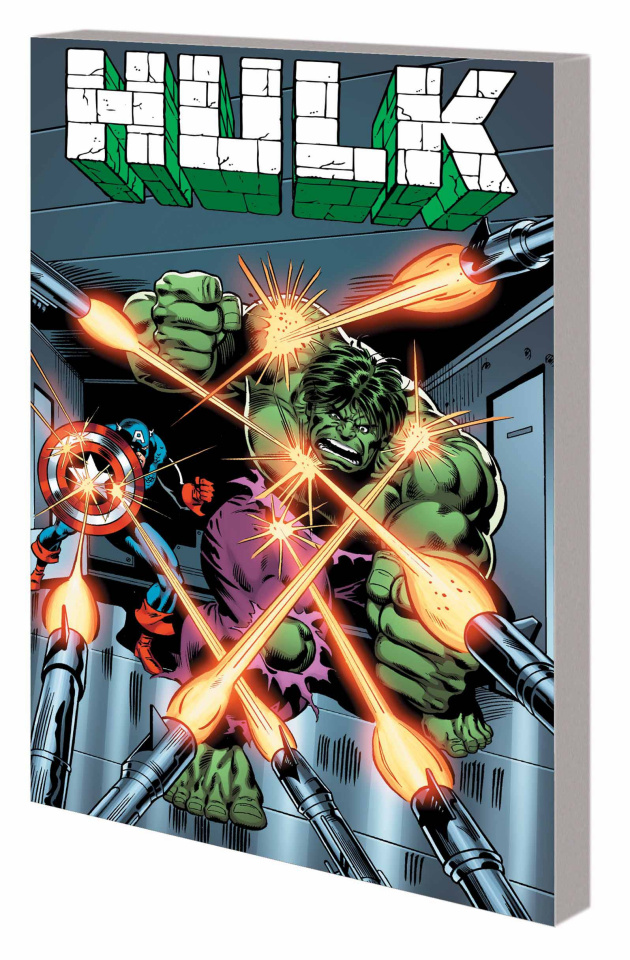