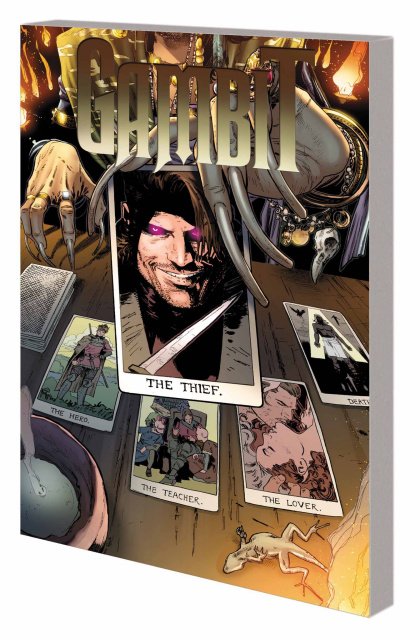 Gambit Vol. 3: The King of Thieves

Gambit is once again the premier thief in the Marvel Universe. But when you're at the top, there's nowhere to go but down! Pete Wisdom, unable to go to MI13 for help, calls in a favor and asks Gambit to recover a stolen enchanted artifact. To save those dear to him, Gambit must attempt the impossible - and he'll need all his skills to succeed! Then: Who is Gambit's friend Fence? How did they meet? And what secrets is he hiding? Torn between being a mutant hero and master thief, Gambit is forced to make a choice between the two, with major consequences either way! But he'd better choose fast when he finds himself trapped at the center of a deadly super-villain riot - because a few of them have scores to settle with Gambit himself! Collecting GAMBIT (2012) #13-17.