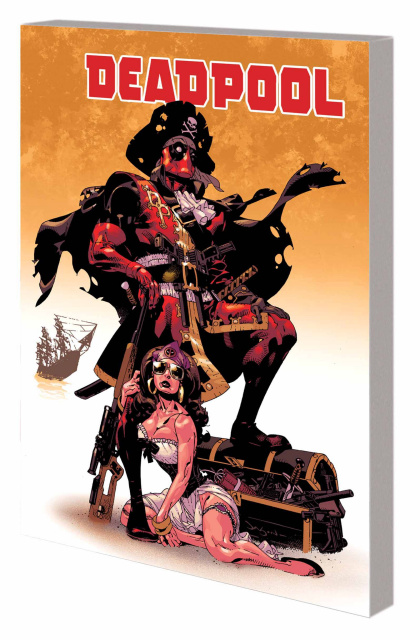 Deadpool wants to be two things in life: a pirate and an X-Man! So after a stint on the high seas, he decides to make the X-Men love him by...assassinating the father of one of their students?! Then, 'Pool pays a visit to a certain wisecracking wall-crawler's friendly neighborhood - or is it? Deadpool doesn't play second banana to anybody, especially not Spider-Man! But Wade had better deal if he wants tosurvive the threat of Hit-Monkey! Neither X-Man nor Amazing Friend, is Deadpool fit to stand alongside Earth's Mightiest Heroes? When Dr. Bong clones the Secret Avengers, Deadpool must fight alongside the real deals - and try not to shoot the wrong guys! Plus: When Wade targets a Vegas club owner, he draws the ire of The House: a super-suited security guard with a secret history with the Merc With a Mouth! And finally, a bunch of good Draculas hire Deadpool to fight a bunch of bad Draculas! Collecting DEADPOOL (2008) #13-31.