Steve Gerber's DEFENDERS ranks as a high-water mark of '70s Marvel. Taking the famous non-team and mixing in his own unique brand of sharp social commentary, Gerber brought forth stories both action-packed and insightful! We begin with a classic four-part saga featuring the bigoted Sons of the Serpent that brings members past and present together to defend the defenseless. Then, the Guardians of the Galaxy hit the scene and take the Defenders to the year 3015 A.D.! It's an amazing adventure including the debut of Starhawk - and while we were at it, we added the Guardians of the Galaxy's first appearance, too! Oh, and there's an elf with a gun. You'll see... Collecting DEFENDERS (1972) #22-30, GIANT-SIZE DEFENDERS #5 and MARVEL SUPER-HEROES (1967) #18. 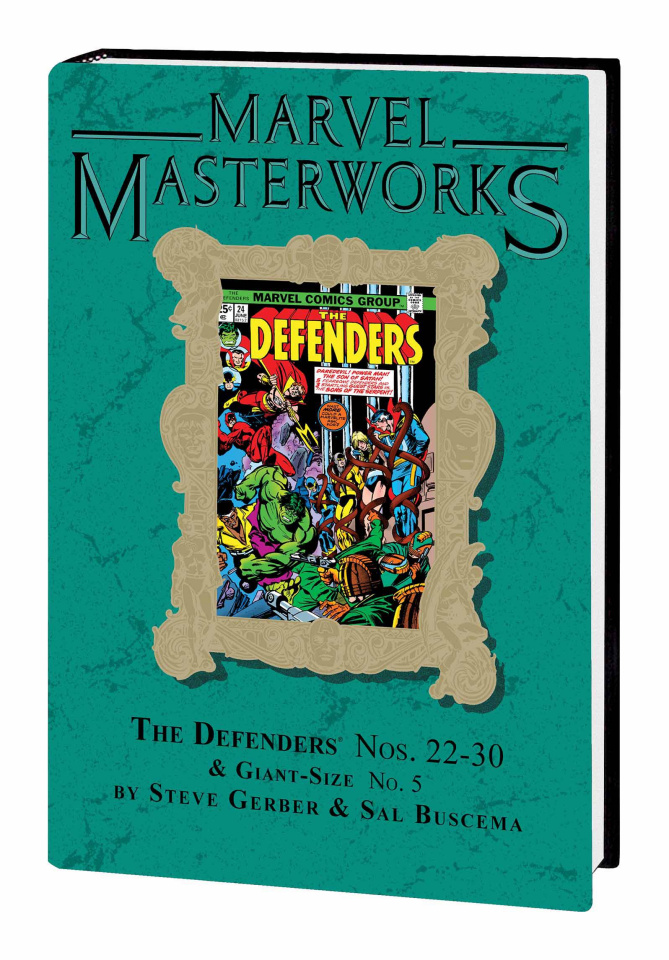