It's no mystery why MARVEL COMICS took the four-color hero world by storm - it featured some of the greatest characters and creators of comics' Golden Age! And today you can experience the stories that founded Marvel as the Golden Age Marvel Masterworks march on. In our second volume, the Human Torch joins the police force, the Sub-Mariner is put on trial - and gets the electric chair! - the Angel takes on the mob, Ka-Zar defends his jungle kingdom, and Electro and Professor Zog continue their wild adventures. You'll also see history made when the Human Torch and the Sub-Mariner cross over into each other's series for comics' first hero vs. hero battle! Collecting MARVEL MYSTERY COMICS #5-8. 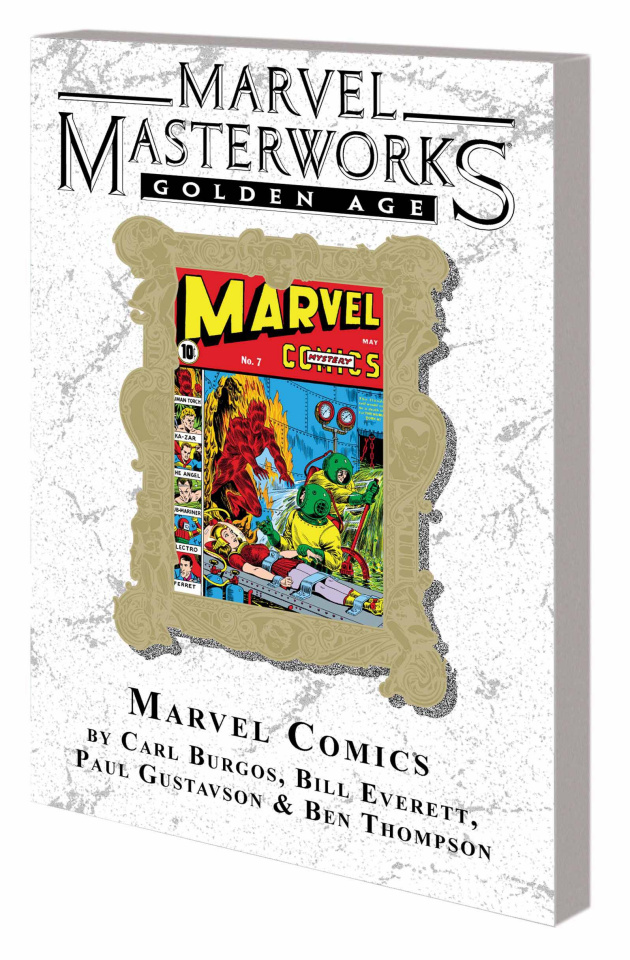