Protectors, Inc.: Heroes in a world without super-powered bad guys. Heroes with corporate sponsors and far too polite rivalries and sporting franchises. Heroes without anything or anyone to fight...until one of them is murdered in ways that could only have been accomplished by someone with equal powers. Solving the mystery falls to Lieutenant Detective John Riley, an ordinary man whose investigation takes him into a strange and dangerous world light years beyond his abilities to understand and very likely far beyond his capacity to survive. The trail leads to a fifty-year-old secret that could threaten the very existence of Protectors, Inc., an impossible love affair, and a serial killer whose work is not yet finished. 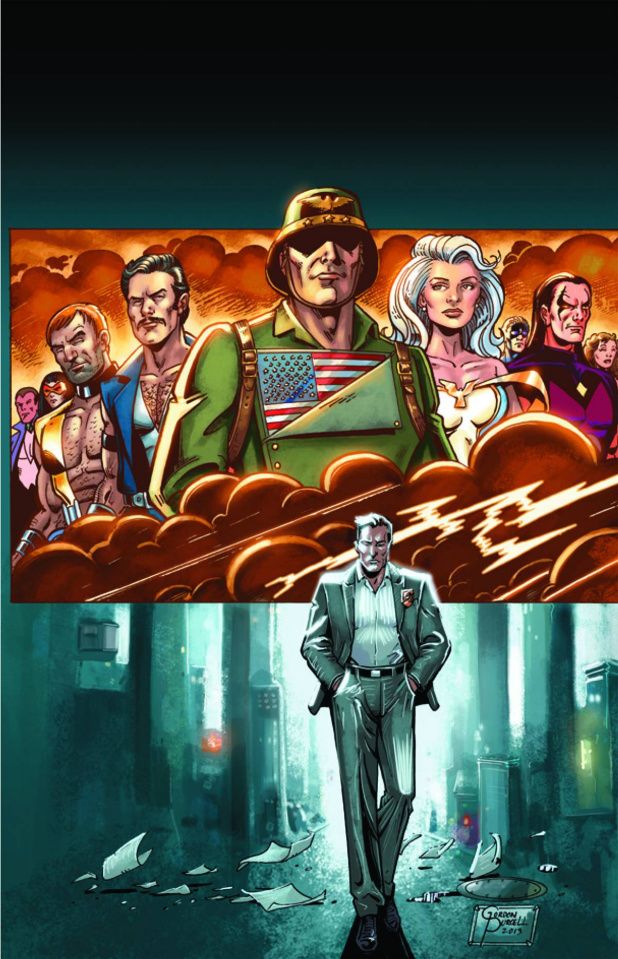