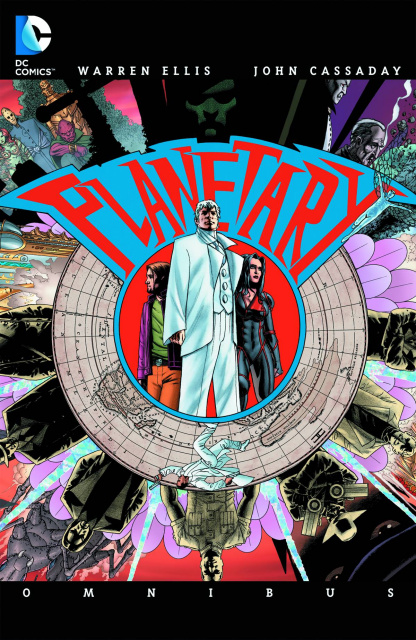 Hailed as a timeless story that turned modern super hero conventions on their heads, PLANETARY stars an inter-dimensional peace-keeping force including Elijah Snow, Jakita Wagner, and The Drummer. Tasked with tracking down evidence of super-human activity, these mystery archaeologists uncover unknown paranormal secrets and histories, such as a World War II supercomputer that can access other universes, a ghostly spirit of vengeance, and a lost island of dying monsters. Now, the entire series is collected in hardcover, including PLANETARY #1-27, PLANETARY/BATMAN #1, PLANETARY/JLA #1 and PLANETARY/AUTHORITY #1.