'Evil Ernie' is BACK FROM THE DEAD (SPOILER) & out to kill his would-be 666th victim, his wicked foster father, Buford! But will Ernie be able to keep up his bargain with Satan and murder Buford before his new powers run out?! He will if 'Smiley' has anything to say about it! Jesse Blaze Snider (HULK: LET THE BATTLE BEGIN) and JASON CRAIG (FREDDY VS. JASON VS. ASH) reinvent the squeal with Dynamite's darkly funny relaunch of EVIL ERNIE! 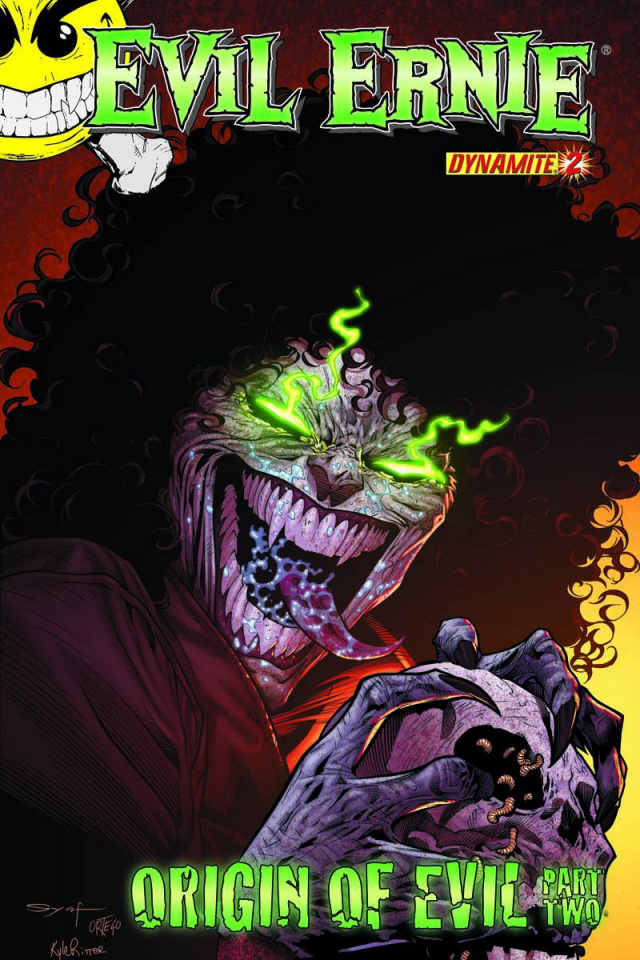