Night of the Living Dead: Aftermath #2

The original zombie epic continues! Las Vegas is shut down. Mexico and Canada are closing their borders. The zombie outbreak is spreading despite the media and politicians that claim the epidemic is under control. A group of unlikely survivors find themselves in a desperate struggle to escape as zombie hordes descend upon Sin City turning it into an urban warzone. Set among the excesses of the late 70s, David Hine (Civil War X-Men) delivers a powerful story about the degeneration of civilization and the rise of the undead. Available with Regular Wraparound, or Gore cover by Raulo Caceres, and a special Terror Retailer Incentive by Caceres. 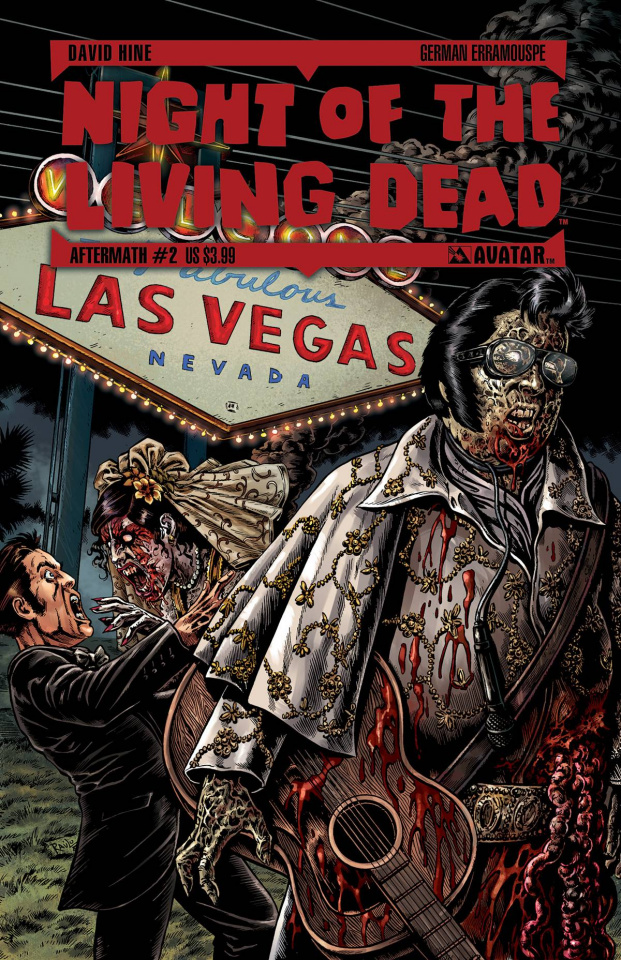