Explore the breathtaking world of Charismagic by journeying back to its ancient origins! Orlana, spoken of in hush tones as the 'Death Princess', rules over all who oppose her reign. Not by force, but through the most dangerous of all magical powers-the ability to control minds! Under the Death Princess' shadow of dominance and fear, the humans of Earth find themselves at risk of their civilization falling completely under her rule forever! Until Kon, a young but powerful wizard finds himself on an unimaginable quest to break Orlana's curse on humanity, and set free those she wishes to forever hold under her spell! The latest chapter in the Charismagic saga begins now! Created and written by Aspen's own Vince Hernandez, with stunning art by Emilio Lopez and Jocelyn Dunn, make sure to be a part of the exciting new world of CHARISMAGIC: THE DEATH PRINCESS! 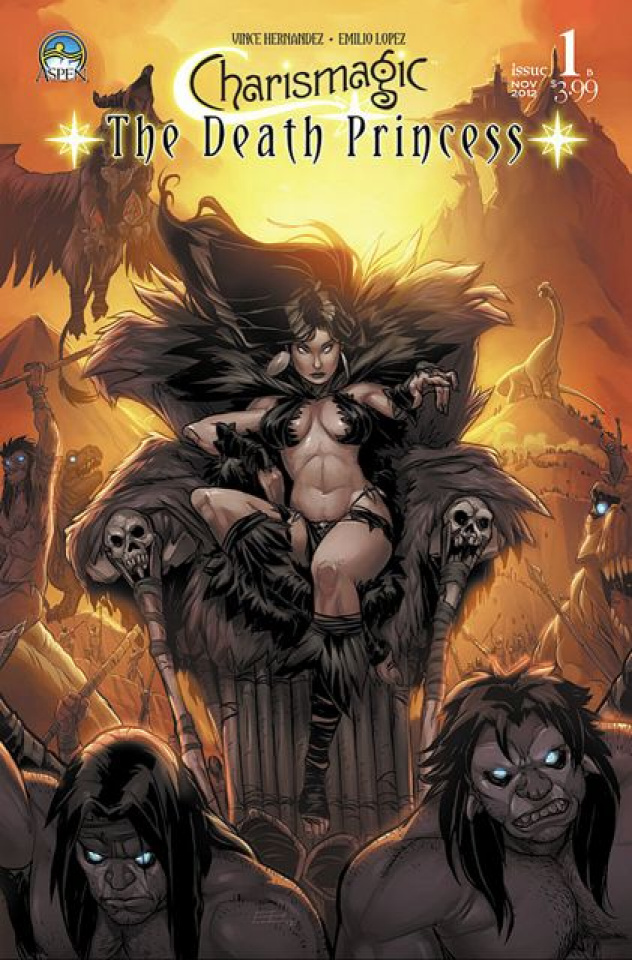