The best horror from independent comic book creators! An iron will stands in the face of the undead horde in 'Immortal Resistance' from Rob Anderson! A mysterious (and delicious) cheese causes problems in 'Worm Cheese' from Cronin/Martin/Rivers. Glenn Møane explores dating and guns in 'The Standard.' A sexy space romp turns deadly in Haller Award winner Joe Sergi's 'The Belt.' A minister has an unusual relationship with his flock in C.M. Beckett's 'Minister to the Undead.' We join the hunt with Australia's Paul Bradford in 'Witch Hunters' and get gothic in Hierophantom's Poeticorner. 6 complete stories in this #1 issue, plus a Tim Tyler zombie cover! 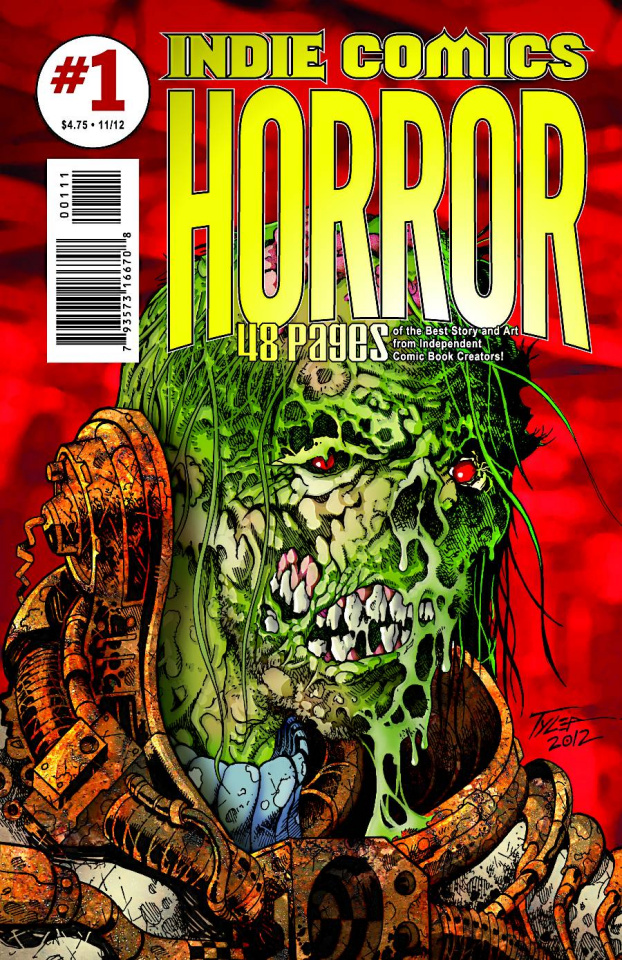