Is that a cool cover or what?!? And the insides of this comical comic comic are every bit as awesome! The first story, 'Dead Valley,' has plenty of Popeye's twister-sock punches Old West Style. And the second story, 'Gift from Uncle Ben,' features a fantastical and funny creature called a Zoop that will delight fans of the Jeep and the Wiffle Bird! Plus, three boffo one-eyed sailor one pagers--all by The World's Greatest Popeye Cartoonist, Bud Sagendorf! 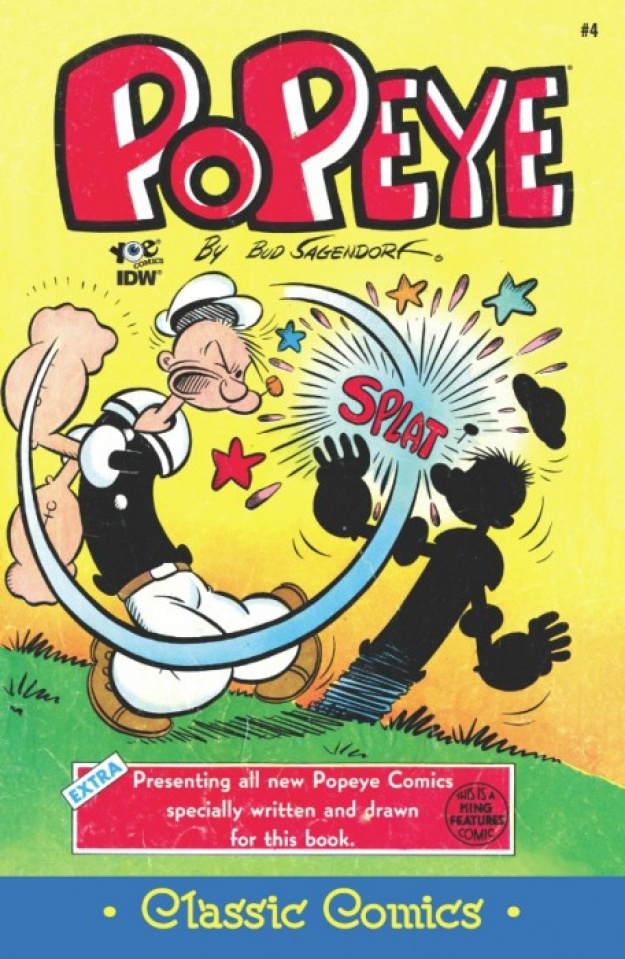