Betrayal of the Planet of the Apes #1

Gabriel Hardman Hot on the heels of BOOM!'s sold-out, best-selling Planet of the Apes ongoing series comes a brand new four-issue mini co-written and drawn by Gabriel Hardman! Best known for his series-defining work on Hulk and Agents of ATLAS, and his storyboard work on such hit films as Christopher Nolan's Inception, Hardman and writer Corinna Sara Bechko (Heathentown, Fear Itself: The Home Front) bring you Betrayal of the Planet of the Apes! Taking place during the continuity of the original seminal fan-favorite film, the feared and respected General Aleron finds himself at the center of a conspiracy that could transform ape/human relations! Aleron's journey puts him face to face with...Dr. Zaius! A not-to-be-missed mini-series with story and art that is sure to make you go ape! 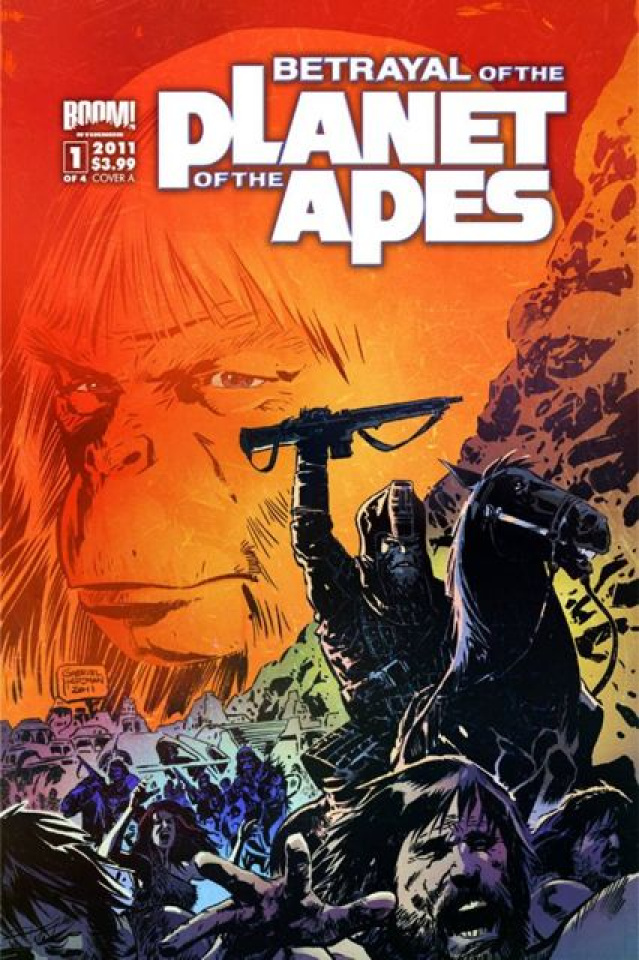