Each answer leads to more questions as Elric, Hawkmoon, Corum and Eric Beck attempt to uncover what's causing the conflict between law and chaos. Along their respective journeys, new and old allies appear, aiding the Eternal Champion across universes. But as the worlds of the Multiverse grow perilously out of balance, is it too much for even the Eternal Champion to reverse? Legendary fantasy author Michael Moorcock and New York Times best-sellIng author Chris Roberson (Superman, iZombie, Stan Lee's Starborn) continue catapulting the Pale Prince back into comics in this exciting new arc of the hot new series! See why Neil Gaiman called Moorcock 'my model for what a writer was', while Warren Ellis said he is one of the 'eight core sites in my creative genome.' It's can't-miss fantasy like you've never seen before! 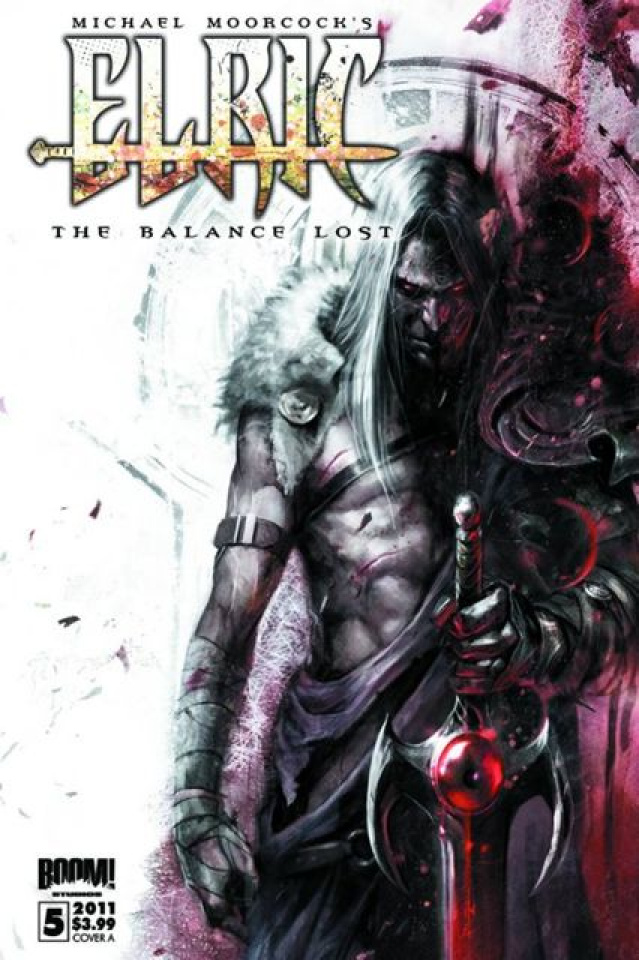