Michael Turner's Fathom continues on for the sensational fourth volume! Over a million species of undersea life forms exist under the surface, some dating back over four hundred million years old. Aspen Matthews, marine-biologist, has researched many of them in her past. Yet, nothing in her education could have prepared her for the recent discovery of the mysterious Church of the Eternal Depths. Along with the help of her new ally Galit, Aspen must prevent this ancient order from exerting their nefarious influence over the rest of the world. Something that will become infinitely more complicated as she discovers the Church has aligned itself with the Japanese government, which has learned to apply all of the technology it has recovered over the years-much of it from none other than the race of the Blue! For the legions of FATHOM fans who have been waiting to see Aspen in her element and taking control of her life, now is the time to jump on in-the water's just fine! 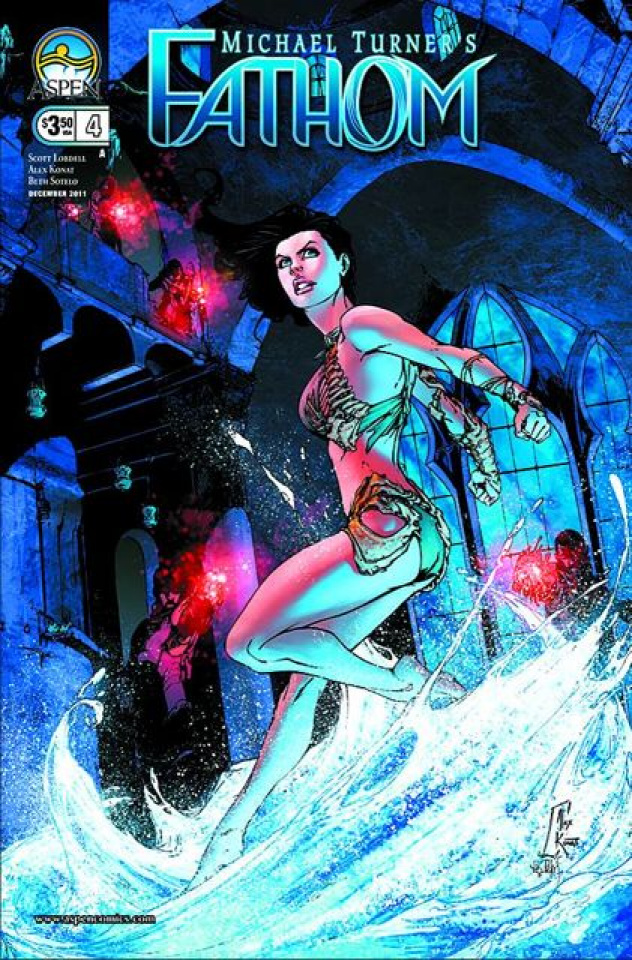