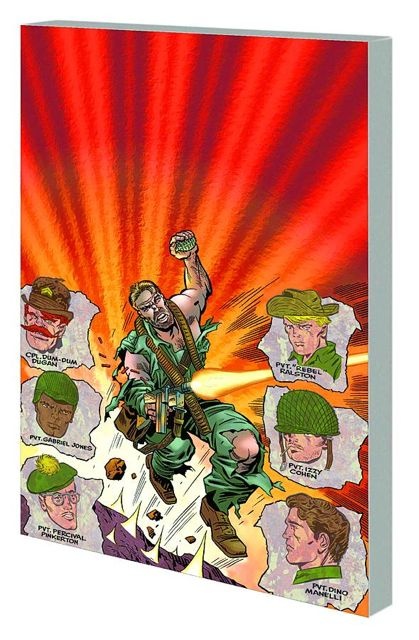 Stand at attention, soldier, and get ready for a super-size K-ration of the adventures of Sgt. Nick Fury and his Howling Commandos! Join Fury and his Howlers - with special guest-appearances by Captain America and Bucky! - as they battle Baron Strucker and his Ratzi hordes, bringing the action all the way to Hitler himself! This tank-size tome brings you such a heaping serving of WWII adventures that enough to whet even Dum Dum Dugan's appetite! WA-HOOO! Collecting SGT. FURY #1-23 and ANNUAL #1.