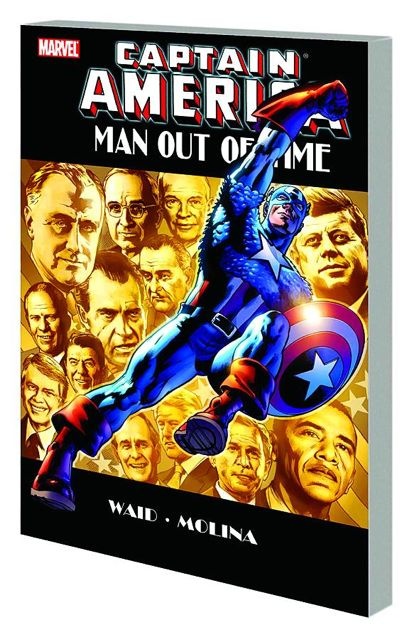 Captain America: Man Out of Time

In the waning days of World War II, Steve Rogers - Captain America - seemingly sacrifices his life to save his nation.?But decades later, he finds himself revived, thrust into a strange new America he barely recognizes. As he meets the heroes his legend inspired, Cap comes to understand what his sacrifice has meant. But it doesn't change one fact: His partner and friend, Bucky, is dead - and Cap may have the means to return to the past and save him. For the sake of the timestream, the Avengers must do everything in their power to stop him! Collecting CAPTAIN AMERICA: MAN OUT OF TIME #1-5 and?AVENGERS (1963) #4.