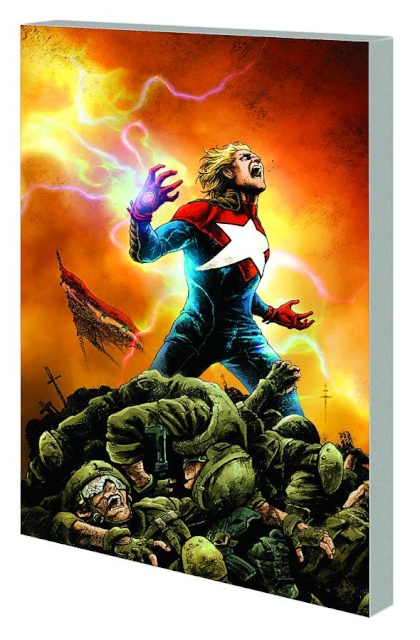 The groundbreaking, controversial SUPREME POWER is back! A new era begins for the deadliest super heroes of all time! The man known as Hyperion has disappeared, hiding from the government and finally living the life he always wanted. Dr. Spectrum has taken his place as America's greatest hero - and the military's greatest asset. But when the balance of super-power threatens the world, and Dr. Spectrum becomes a deadly liability, Hyperion's solitude may be short-lived. Will these two former allies find themselves at the center of a conflict that could engulf the planet? Collecting SUPREME POWER (2011) #1-4.