Deadpool never thought it would happen to him. He never thought his new life as a non-killing dad would start out so blissfully and end up like this - with his wife having all the espionage-themed fun and him at home taking care of a screaming baby, wondering when its batteries will run out. Can Deadpool pull his life back together, save his marriage and stop the spread of the deadly Liquid X? Probably not, but one out of three ain't bad. Then, when Deadpool goes AWOL, Hydra Bob knows that if anyone finds out, he'll spend the rest of his miserable days in a very deep and dark hole. With world on the brink of Armageddon, Bob must don Deadpool's abandoned duds and go it alone. But will years of experience and red tights be enough to stop the terrorist plans of the deadly Moon Knights and their stockpile of Liquid X? Hell no. Collecting DEADPOOL MAX (2010) #7-12. 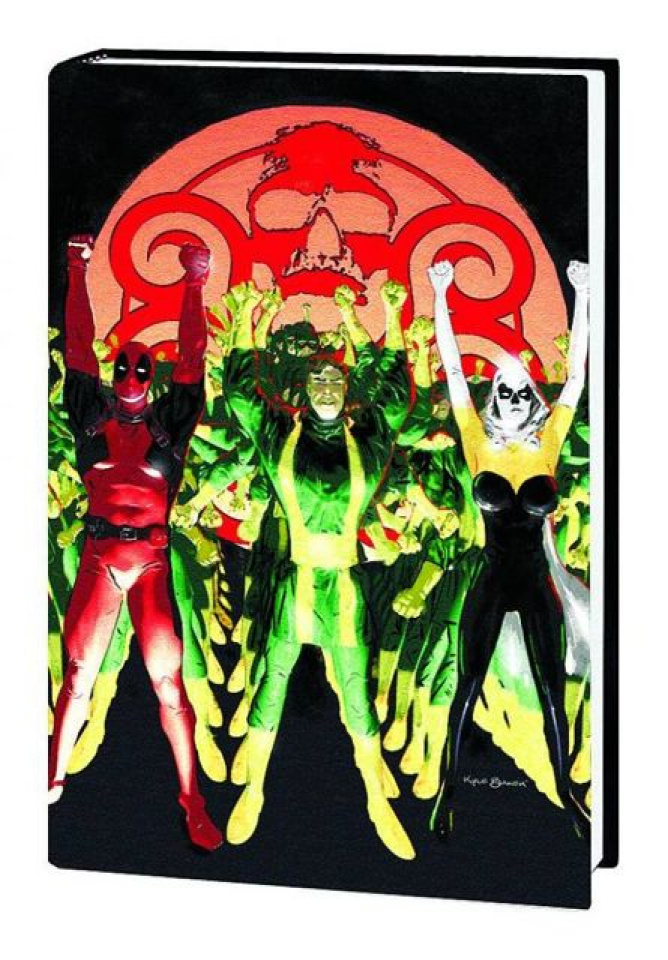